For Marjorie 2014 was another very busy year. It started with a commission to be the illustrator for quite a large project; The Adventures of Willy Nilly & Thumper books by Jim Henry (Texas, USA). The first of these stories is to be published in 2015 or 2016.  The first step was to work on the graphic visualisation of the two main characters and then to make preliminary sketches and subsequently full-colour test illustrations of them and their environment. This took up most of 2014. 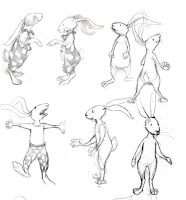 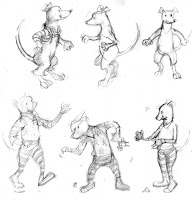 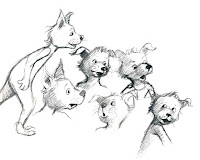 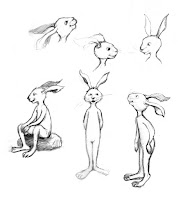 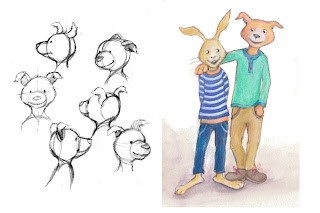 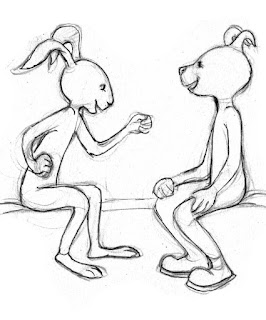 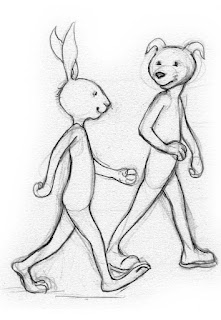 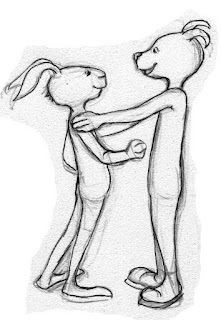 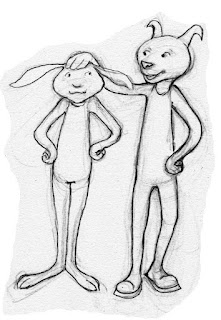 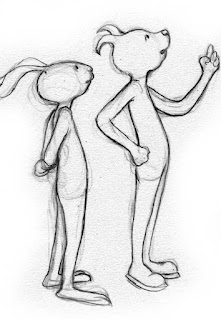 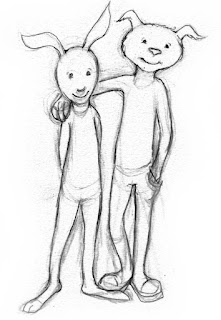 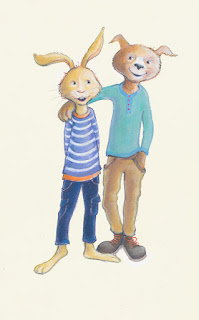 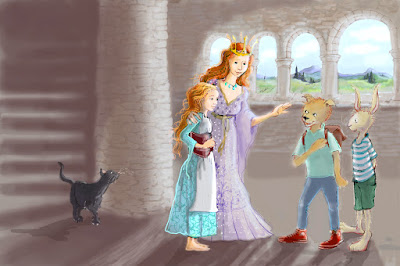 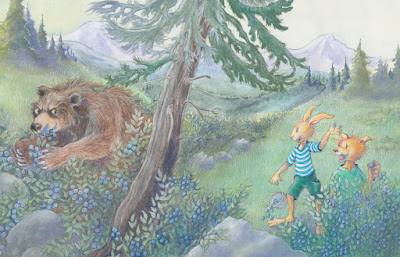 The publishers in the USA built a website for the planned series of Willy Nilly and Thumper books, and Marjorie created all the visual material used on the website.
(see: http://willynillyandthumper.com/. )

Some background notes: The Willy Nilly stories have been made up and told in Jim Henry’s family for three generations. Like his grandfather and father before him, Jim continued the tradition by telling bedtime stories about the adventures of Willy Nilly first to his three children and later to his eleven grand­children. Now, together with New York editor Simone Kaplan (previously editor at Henry Holt and at Harper Collins NY), Jim is in the process of publishing  a selection of these stories.

In 2014 Marjorie was once again, for the sixth consecu­tive year, invited to present the 5-day Children’s Book Illustration Course at the Centre for Comic, Illustrative and Book Arts (CCIBA) at the Stellenbosch University’s Department of Visual Arts. This forms part of a series of creative workshops offered by the university during the Spring Break.

In her capacity as Co-RA for the South African chapter of the SCBWI, Marjorie (with Dr Elaine Ridge, the other Co-RA, and their committee members) organised a variety of workshops, talks, get-togethers and review sessions for local children's book writers and illustrators.

For Marjorie 2014 was an exciting and productive year and she is clearly on a roll and ready for 2015. 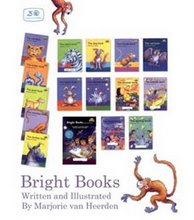